How do we keep this site running? This post may contain affiliate links, for which we may receive a referral fee. The cost is the same to you and any compensation we may receive does not affect our reviews or rankings. Thanks!

Intuit has released the third major patch for Quicken 2016 since it came out in November. Quicken 2016 R3 is for Windows versions of Quicken.

According to Inuit’s official Release Notes, the R3 patch fixes several issues, including the following:

In addition to fixing the issues listed above, the R3 patch also implements the following improvements to Quicken:

As long-term Quicken users know, there are usually several updates/patches to each new annual release of Quicken before all the bugs are worked out and the software starts functioning up to par. This year’s version of Quicken was better than some prior years. Most of the bugs fixed this time around are relatively minor and have affected only a small percentage of users.

In some cases, users have reported problems when Quicken automatically installed the R3 update. They were unable to access Quicken and were essentially “locked out” of the software.

Users have reported that manually installing or reinstalling the R3 update has successfully resolved this problem.

To determine which release of Quicken you are currently running, open Quicken, then go to the “Help” dropdown menu and click on “About Quicken”. The popup window will show the release you are running. 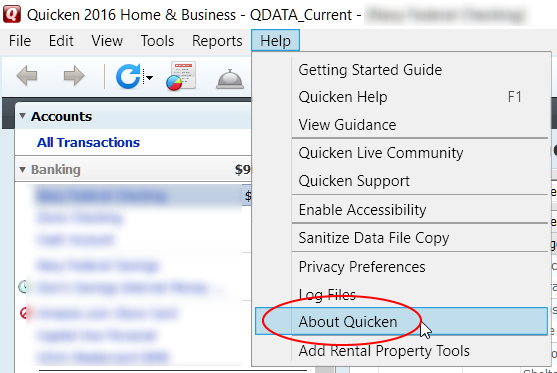 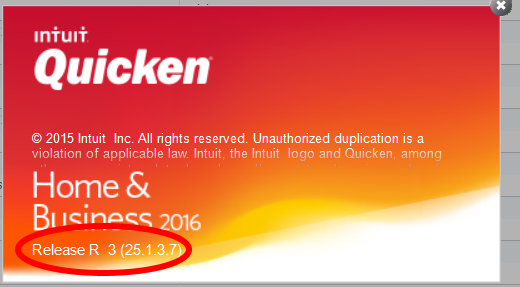 R3 can be manually installed by downloading the “Mondo Patch“. The Mondo Patch is the big patch that includes all updates for Quicken, including the latest R3 patch.

After downloading the Mondo Patch, run the downloaded file. It should be named “QW2016R3MPatch.exe”. This file will update Quicken to version R3.

If you’ve been holding off on purchasing Quicken 2016 until all the bugs have been worked out, now is a good time to go ahead and get it. With three patches now released, this version is pretty stable now.

Nate Phillips has been using Quicken and TurboTax for over 20 years. He has spent part of that time as a Quicken beta tester, helping identify bugs and annoyances with Quicken updates before they are released. Nate holds a master’s degree in Computer Science and has numerous technology certifications.

TopFinancialTools.com is a participant in the Amazon Services LLC Associates Program, an affiliate advertising program designed to provide a means for sites to earn advertising fees by advertising and linking to Amazon.com. Amazon, the Amazon logo, AmazonSupply, and the AmazonSupply logo are trademarks of Amazon.com, Inc. or its affiliates. Certain content that appears on this site comes from Amazon Services LLC. This content is provided ‘as is’ and is subject to change or removal at any time.